I’ve been working on a functionally identical project and stumbled across the kegbot much later than I wished I had.

I already have a bunch of arduino nanos, raspberry pi and sensors but no flow meters, I planned to monitor my keg volume based on weight. I realize that the kegberry is designed around commercial kegs which always come with the same amount of fluid, but homebrew kegs can contain anywhere from 4-5 gallons depending on how high you fill it (you need to leave some space for force carbonation)

So I have two questions:

y have a bunch of arduino nanos, raspberry pi and sensors but no flow meters, I planned to monitor my keg volume based on weight. I rea

You can enter the keg’s initial volume when you tap a new keg. Although there seems to be a bug that prevents that value from actually being used, so I go into the kegroom and adjust the volume there.

The API is extremely easy to use. I had two flowmeters connected directly to the raspberry pi and used it for flow monitoring before kegberry existed.
I think your biggest problem is going to be using digital scales with constant weight on them.

Tanner, would you be willing to share your API code for reading flow meters from an rPi? I initially considered doing the setup that way but didn’t figure out the API easily and just went with a more traditional arduino method. For the future and benefit of others who may want to do the same it’d be awesome if you could share how to interface it from a pi.

I don’t use KegBot as I didn’t want to mess with flow meters, so I built three custom digital scales to put in my 3-tap kegerator to interface with a Raspberry Pi using these: 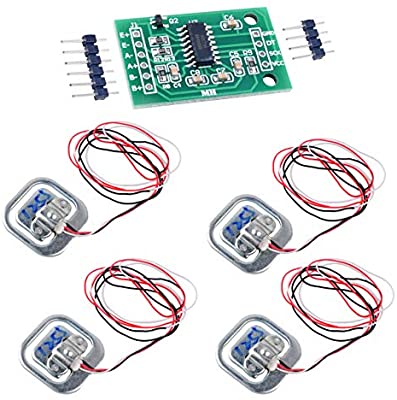 While they’re not as accurate as a flow meter, I just wanted a sense of how full/empty the keg was and didn’t really care about tracking usage.