Amazon Alexa Skill to talk to your Kegbot

It was a slow week at work and I’ve been playing with my new Amazon Echo Dot, so I figured I’d hook it up to my Kegbot. I can now say “Alexa, ask Kegbot how much beer is left?” and she’ll tell me.

Here is the code: GitHub - patfreeman/alexa-lambda-kegbot: Amazon Alexa Skill to get info from KegBot written as a Lambda

This implementation is written as an AWS Lambda and requires your VPC to have a VPN or direct connection to your kegbot server, so I’m guessing most people will not find this useful. But it was a fun project for me to learn Lambda and Alexa Skills.

HOME SETUP:
If you don’t have a network set up to allow a Lambda to connect to your kegbot server, here is the code that can be used in a home setup: 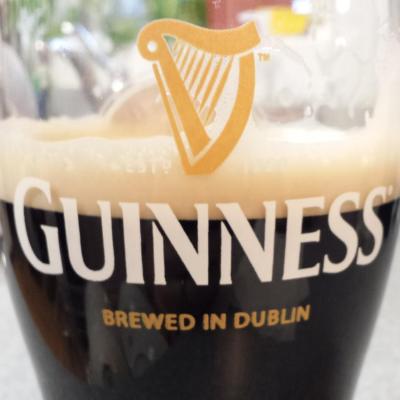 Amazon Alexa Skill to get info from KegBot. Contribute to patfreeman/alexa-app-kegbot development by creating an account on GitHub.

I have an echo also, I’ll be following you progress!
Thanks for posting.

Edit: I just had a quick look… Way over my head. lol

The home setup will be easier, but not much. Instead of step 8 where you create the Lambda, you’ll have to make alexa-app-server externally accessible on your home internet connection.

Really awesome, thanks for sharing!

I just added a link to the home setup in the opening post, but here it is as well: https://github.com/patfreeman/alexa-app-kegbot

Sorry @Chuckmc, after writing up the instructions I realized it’s not that much easier.

Just got an Echo Dot. Definitely excited about this!

A couple of clarifications:

hopefully you are still around, I’ve gotten to the step of loading node.js and am getting the following

edit: when I run node even with that error I am still able to see the root site

What version of node are you running?

FWIW, yesterday I successfully deployed the Lambda version of the Alexa skill.

Everything went pretty smooth, but there were a few updates to the instructions found on the Github README:

There were a few other items that I tweaked since Amazon has updated the interface for both Lambda and Alexa Skills development but they were pretty self explanatory. I can certainly help if anyone else tries to get this working.

Want to submit a pull request?

Sure, should have something later today.

Strong preference to use lamda rather than self host but I was getting errors from lamda hitting kegbot.

If you are happy to help I’ll get some screens of everything and post tonight.

I found I needed the api key in http requests I make to the API to display tap info on a custom display FYI.

Definitely happy to help, send anything you have and I’m sure we can get this up and running.

As far as the API key, it looks like it is based on the Privacy Setting configured for you Kegbot Server. I currently have mine set to Public so the API Key is not required to hit the /api/taps endpoint. If you have any other privacy setting configured, the API key is required.

I will edit my current Pull Request on Github to include that information.

Excellent. Was going to say that about the auth. 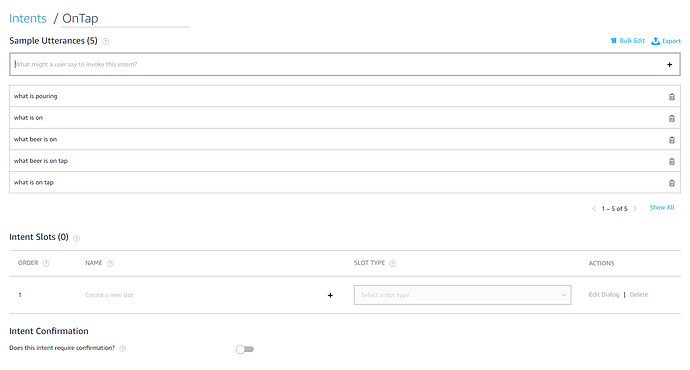 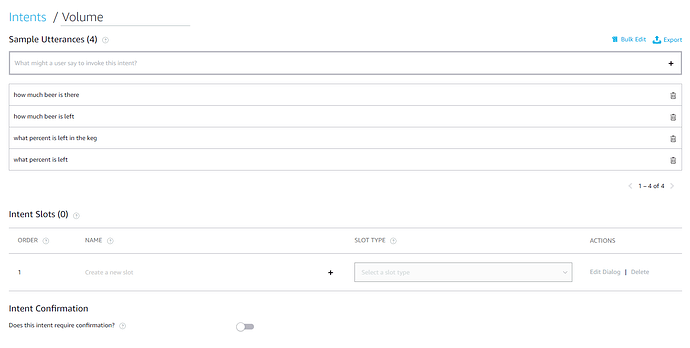 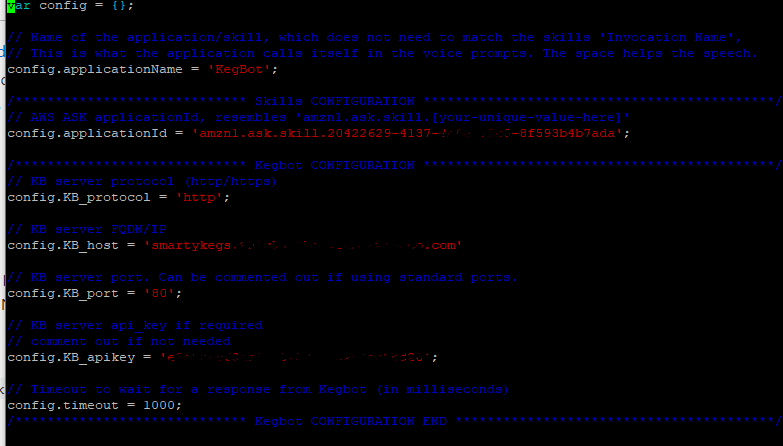 I then created the zip file in step 13.

Error when testing the skill is

KegBot was unable to connect to the Keg Bot API

edit: Using nodejs 8.1 on my server, changed to 8.1 on the lambda application but no difference.

skill talks to lambda which sends the request direct to kegbot? if so, why does it matter what version of node is installed?!

edit again - after installing sdk and other packages I see the zip file is now much bigger so am assuming it bundles up files from the install locally. Will see what I am missing

All of this looks good, and it’s pretty much “working” if you’re getting that “Unable to connect message”, but I believe you’re facing the issue with the config package since as I mentioned in my comment it’s looking for a file within a separate config directory with a file called default.js. My gut feeling is that it doesn’t see the config file so it’s actually not picking up the URL from the config file. Hopefully my pull request with updated instructions will get merged into the main github repo soon, but in the meantime try this.

As far as architecture, you’re absolutely correct. The Alexa skill fires the Lambda function which makes a web request directly to your kegbot to get a response. The function formats that response into a phrase and sends back to the Alexa Skill which converts to speech and reads back to you. As such, I don’t think the Node version really matters. I’m actually running Node 10.1 on the box I use to configure and zip the files, but leaving set to 4.3 on the AWS side works fine.

fixed that, still not working. Will look at that structure now

jere the test log output from the lambda test

I increased timeout to 5 seconds in the default.js file and 6 on lambda function but same error. ill try with privacy off